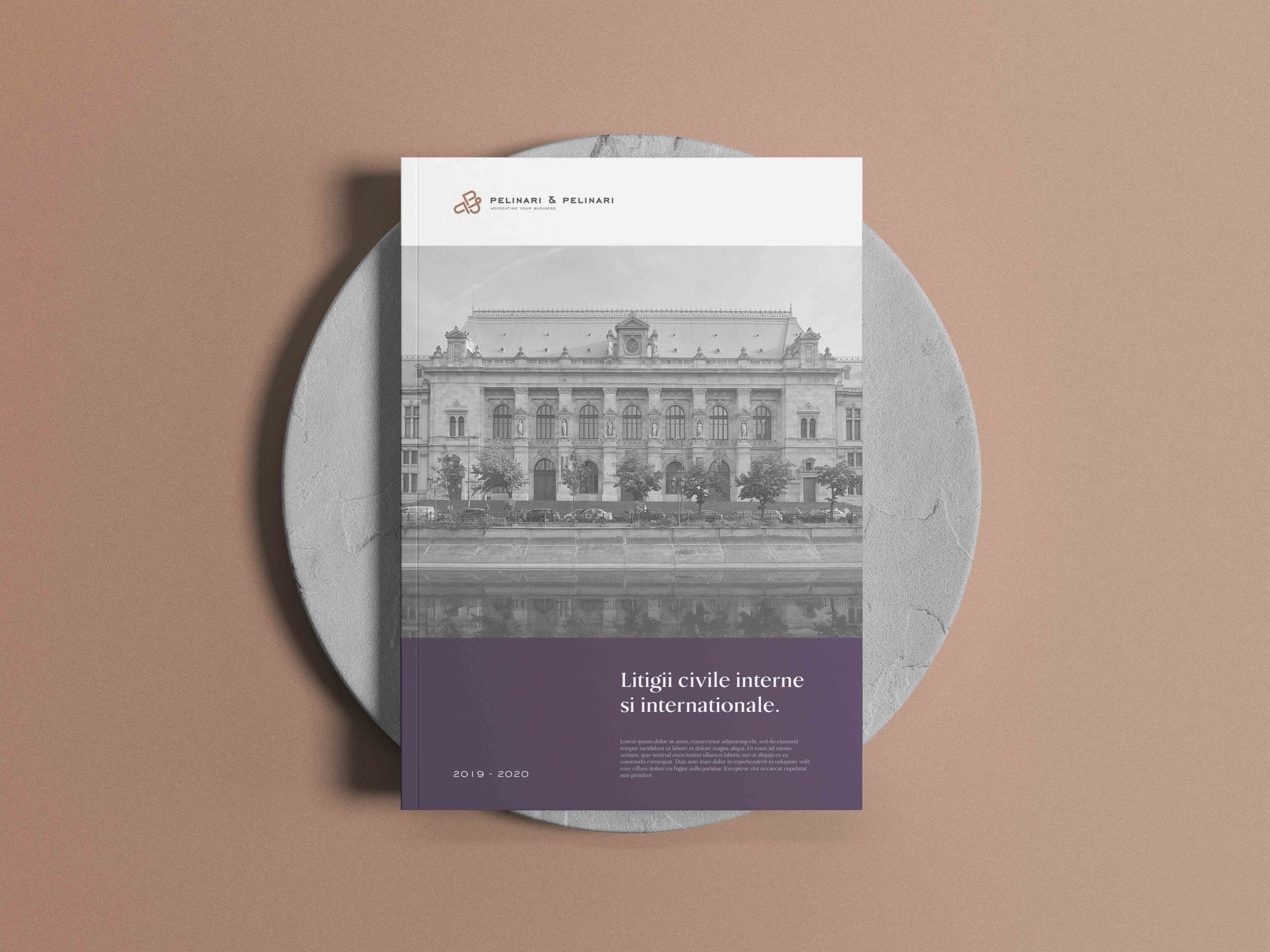 Pelinari & Pelinari is a law firm created on solid principles, the result of the Partnership and the vision shared by two professionals in business law. From the preliminary analysis of the rebranding process itself, we understood that Partnership is the word that best defines the Pelinari & Pelinari team both in relation to customers and the internal team. And for us, the two Ps in the letter mark became, more than the initials of the name of the founders, the most important element of the message we were to convey

Understanding the contribution of each team member to the success of the projects that are entrusted to the law firm, we wanted their image to be integrated into the puzzle of the new branding. As such, the first step was to take photos with the members of the Pelinari & Pelinari team. The photo session took place right inside their office, an impressive historical monument building in Str. Mantuleasa no. 17 from Bucharest. This context helped us to transmit an authentic image and as close as possible to what Pelinari & Pelinari means in the daily activity at the office.

The portraits and interior photographs were used for the design of the website and the collaterals, giving the project visual coherence.

In the development of the new identity, we worked, first of all, to identify a design line that would place a defined brand of traditional values at the same time. Hence the use of Sans Serif fonts and letter mark geometry.

The new visual identity aims to delimit itself from the usual colors and elements in legal branding, by using the color purple. It symbolizes wisdom, confidence and creativity. The white background conveys communication and transparency, two fundamental values of the Pelinari & Pelinari brand. Gold creates a spectacular contrast with purple and symbolizes positivity, optimism and tradition, being a color of the winners. The play between colors, patterns, textures and shadows gives the brand depth and freshness